November 28, 2017
People on the right-end of the political spectrum believe that to stop Islamist-based terrorism, the US has to:

1.  Restrict Muslim immigration to the US
2.  Engage in military solutions and bomb them into extinction

Both approaches are not only wrong, but they serve to grow this threat.  Islamist-based terrorism is powered by an ideology that is so vast, there is no way to eliminate the ideology by eliminating the people who subscribe to said ideology.  There are people who subscribe to this ideology all over the world, in every country on this planet.  The leaders of these movements who support this ideology have the power of the Internet to reach potential allies in every nook and cranny.  There is no end in sight to quelling this ideology with force.  There is no military solution to this dilemma.

There are hundreds of thousands of US citizens who are Muslim and while most are peaceful and do not subscribe to the Islamist ideology of extreme violence against anyone who doesn't follow a strict version of Islam, there are some US Muslims who do support that ideology.  Restricting Muslim immigration does nothing but perpetuate an us v. them narrative and could actually push some Muslims who currently do not subscribe to Islamism into embracing it.

Meanwhile, people on the left-end of the political spectrum are also misguided in their lame attempts to separate Islamist-based terrorism from Islam. The root of Islamism is Islam and to deny that fact is to fail in identifying the underlying attraction for those who subscribe to this ideology.  Most Islamists didn't start out that way, but they were attracted by devotees who promise them a place in paradise, which consists of rivers of wine and carnal pleasures.  It is no accident that unmarried, young Muslim men who are in their sexual prime become the primary converts to this ideology.  With hormones raging, sex and violence can be attractive to people who feel they have nothing to lose and plentiful surges of testosterone.  One of the principle tenets in Islam is that this life is for religious devotion, and all pleasure and happiness will come in the next life. These young men are willing to become martyrs for their faith with the promises of an afterlife comprised of the very things their hormones crave.

We have to look at the funding that these Islamist groups use to further their mission.  Unfortunately, Muslim-majority countries that are US allies provide the majority of funding for Sunni-based terrorism.  Saudi Arabia, Pakistan, Turkey and Qatar are at the top of the list.  The Kingdom of Saudi Arabia, in particularly, is probably the biggest source of funding for these groups.  In 1979, members of the Wahabbi sect of Islam took over the Grand Mosque in a siege that lasted for approximately two weeks.  They were demanding the country embody a strict interpretation of Islam and the removal of the Saudi Royal family.  At the end of that siege, the Saudi Royal family came to an agreement with the Wahabbists: The Saudi Royal family would remain in power and they would fund Wahabbi outreach outside of Saudi Arabia. As a result, we saw an exponential increase in the building of mosques and madrassas all over the world, and especially in the West, the founding of the Islamic Society of North America, the huge growth of the Muslim Students Association at Western universities, the establishment of the Council on American Islamic Relations, and other Wahabbi and Muslim Brotherhood-affiliated groups made possible by the petrodollars of the Kingdom of Saudi Arabia and other countries that support Salafi sects like the Wahabbists and the Muslim Brotherhood, which are dedicated to Islamism.  Despite the current statements from the Saudi-leadership that they are attempting to modernize, they are still engaged in oppressing freethinkers and secularists like Raif Badawi, who remains imprisoned for having a blog promoting separation of mosque and state.

What is the Solution?

Eliminating the funding sources would be the single-most practical way to impede the growth of these Islamist movements.  Since the primary source of wealth for these Muslim-majority countries is oil, making oil obsolete would be the most powerful way to reduce Islamist funding.  Even Turkey is involved in this scheme via ISIS by saving billions of dollars in purchasing ISIS-controlled oil on the black market.  Erdogan is clearly attempting to convert Turkey from a secular state to an Islamist state to appease his ISIS benefactors.

If every country, including America, came to the realization that petrodollars are the primary funding source of Islamist groups and embarked on converting all energy needs to renewables, within ten years oil would be practically obsolete and the countries that previously funded Islamist groups through petrodollars would have to re-evaluate their positions.  Without oil exports, they would be forced to modernize and the Islamist groups' funding would disappear.  All while helping the environment.

Every time you see a windmill or a solar panel, I hope you'll smile while understanding that this is the solution to quelling Islamist-based terrorism. 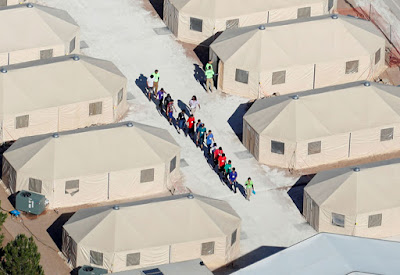